The Paradox of Pledging

With less than a month until the Glasgow Climate Change Conference, we ask: Is flexibility justified in environmental action?

COP26 in Glasgow will be the first meeting since the Paris Agreement officially started in 2020. It is a time to consider if this landmark deal can deliver on the change we need to address rapid climate change.

One central pillar of the Agreement is under particular scrutiny: the nationally determined contributions (NDCs). These are countries’ pledges to the Paris Agreement and, among other issues, detail their planned efforts to reduce their carbon emissions. There is no international oversight of their content. There are few rules governing what an NDC should contain; it is up to countries to decide.

This pledging approach has been called “bottom-up” governance—that countries feed their plans into international frameworks. It isn’t unique to the Paris Agreement. Other multilateral environmental agreements (MEAs) and other global initiatives feature similar types of participant pledging. As we approach COP 26 following a devastating year of climate change impacts, it’s worth examining how bottom-up governance works in theory and in practice.

The Popularity of Pledging

Pledging has emerged as a popular, flexible way to govern the environment. Countries can pledge to do what makes sense in their national context and for their capacities. They put forward pledges - or contributions - toward a shared goal in the hopes that the sum of these pledges will safeguard the environment. With enough transparency, pledging can enable the global community to hold countries accountable to their promises and push them if their pledges are not ambitious. Prolonged negotiations over contentious issues like burden sharing will not hold up implementation.

Countries still need to agree to the “shared” aspects of environmental action—such as the overarching goal or information the pledges should contain or reporting formats to track progress. But the rest is left to each country (or companies, cities, and others). In theory, pledging can be a shortcut of sorts, allowing for rapid implementation of each countries’ promised actions.

In the context of treaties, pledging has found a foothold. International treaties generally involve rules that guide or explicitly set out what countries will do. By reversing that logic and allowing countries to set their terms, more countries may be willing to sign up. It makes participating easier. Treaties based around the logic of national determination could have wider participation. And, for many environmental issues that require global solutions, wide participation is highly desirable.

Let’s face it: setting stringent rules can scare away major countries that are integral to solving the problem. Most MEAs do not have enforcement mechanisms, so they are self-enforcing by nature. Parties are going to implement what they voluntarily decide to anyway, so pledging mechanisms can make this voluntary feature central to the design.

Allowing countries the flexibility to choose their policies is also an attractive idea because of the different capacities of countries and the various challenges they face. Not all countries contribute to environmental problems equally. Developed countries have a lot to answer for, from climate change to toxic chemical production. Emerging economies are following this development model, increasing their contributions to some global environmental problems. The poorest, however, suffer the worst effects, whether it’s land degradation, biodiversity loss, or climate impacts. All these varied responsibilities and experiences are difficult to encapsulate in one, top-down treaty. National determination can allow each country to do what's best, according to their responsibilities and needs.

But there are benefits of globally set rules. First, they form a common playbook for all countries. Everyone knows what to expect from one another, and the expectations have legal certainty. This can help alleviate worries about protecting economic advantage. Second, countries that are affected by environmental damage are moral voices in the negotiations and can use their levers (such as withholding consensus) to push for more ambitious rules. As a result, many express concern these treaties could lead to lowest-common denominator pledges. These are presumptions—as yet, we haven’t found systematic studies of the ambition of bottom-up versus top-down treaties. The lack of comparative studies on this design question might be because most people focus on climate change, ignoring the other ways bottom-up governance appears in global environmental governance.

Pledging comes in a range of forms. The Paris Agreement is perhaps the most well-known, but other treaty bodies and frameworks have called for countries to make voluntary commitments. Some leave the nature of the pledges open, while others define the scope and nature of the pledge.

The NDCs to the Paris Agreement try to balance flexibility for all countries with the need to ensure some clarity and comparability among pledges. These pledges are contributions toward a goal… which is actually a contested term. In the negotiations for the Paris Agreement, the notation “####” was used because some parties preferred commitments, or plans, or actions, or contributions, or some combination. The contribution label stuck, in part because developing countries argued it better suited their needs, and their lesser historical responsibility for the problem. In Katowice, countries agreed to most of the Paris Agreement rulebook. It included NDC guidance to help countries prepare more similar pledges. For developed countries (or others) that include a numerical target, they must specify the base year, scope of the NDCs, and other technical information. Countries should also detail why they consider the NDC fair and ambitious, considering its national circumstances. 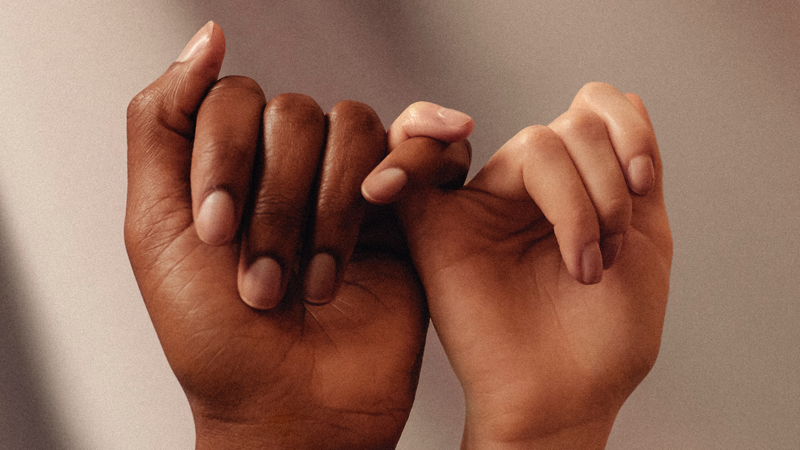 In 2015, it wasn’t only the climate change negotiators thinking in terms of pledges. The UN Convention to Combat Desertification (UNCCD) adopted the approach. After considerable debate, and some pilot projects, countries agreed to develop “voluntary targets to achieve land degradation neutrality according to national circumstances and priorities.” The same COP set in place a process to develop guidelines for reporting and review processes related to the targets, and a target setting programme has delivered financial and technical assistance to support countries in setting set baselines and targets. So far, over 80 countries have set and are pursuing actions to achieve their LDN targets.

A voluntary approach made sense for the UNCCD because it was aiming to do its part to achieve SDG 15.3 that aims to “combat desertification, restore degraded land and soil, including land affected by desertification, drought and floods, and strive to achieve a land degradation-neutral world.” The SDGs are a voluntary set of goals and targets—more of a roadmap than a detailed list of rules to follow. Countries are encouraged to conduct “regular,” “country-led and country-driven” reviews of their progress. These Voluntary National Reviews (VNRs) are provided to the High-Level Political Forum. Approximately 40 countries do so each July, with almost all UN Member States having presented at least one VNR.

Global conferences have also sought to leave a mark by encouraging announcements of pledges or initiatives as a central focus for the event. The World Summit on Sustainable Development in 2002, for example, encouraged governments and non-governmental stakeholders to announce new partnerships.

This year, the pledging trend continued. The UN sought pledges from a wide range of actors—looking to countries, companies, and cities and more to do their part. The High-Level Dialogue on Energy called the pledges “Energy Compacts.” The online register catalogues the Energy Compacts; the private sector leads with 51 pledges, followed by 31 countries. The Compacts had to meet the submission guidelines and guiding principles, but otherwise the content was up to the one making the pledge. Similarly, the Food Systems Summit solicited commitments from all actors—whether they were “collective commitments” or institutional ones. The Commitments Registry shows the wide range of commitments made, totaling over 220 across all the Summit’s action areas.

What’s emerged is a landscape of mixed pledging systems—some that seek diversity and others that focus on countries. Some systems are open to any type of pledge while others try to define (at least in broad terms) what the pledge should look like to facilitate analyses of the collective impact from all pledges.

Has Pledging Worked? Can It?

By one standard, pledging has worked because it helped unlock agreement on important issues. By the other much tougher standard of whether it leads to positive change for the environment, it is too early to tell. We’ve done considerable damage to the planet that will take decades to repair. And time is running out to address the most serious challenges.

The new pledges to the Paris Agreement show a mixed picture. According to the UN Climate Change Secretariat’s synthesis report, the new NDCs represent a 12% decrease in emissions (for those that submitted pledges). But this puts us on track for a 2.7°C warmer world by the end of the century. That’s if the pledges are fully implemented. Under the Paris Agreement, countries must have an NDC as a legally binding requirement but reaching the targets an NDC might set out is not legally required. The new round of NDCs is a step, but a small one. 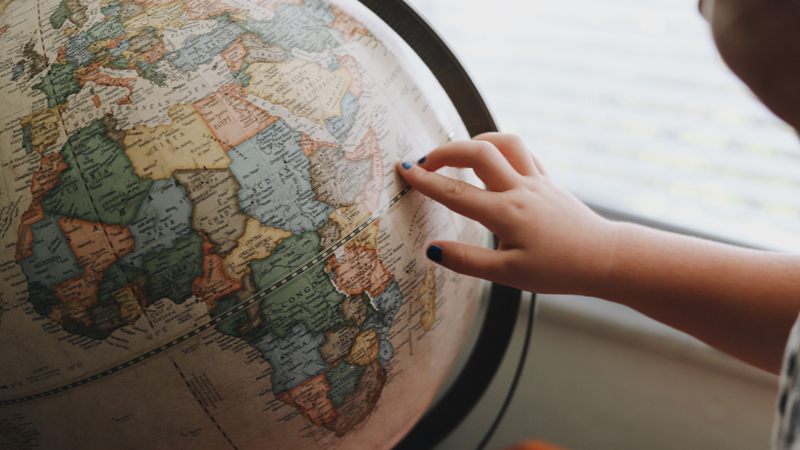 Pledging systems can benefit greatly from reporting mechanisms. Transparency matters when we think of the large number of unmet pledges from the New York Declaration on Forests. Promises were made, in speeches only. The actions never materialized and there was no reporting system to hold the businesses and others to account. Without transparency and a deadline to report back to the world, pledges can provide short term glory but little follow-through. A bottom-up world requires scrutiny to hold everyone to their promises. Only some of the pledging systems have such transparency mechanisms. The reporting for the Paris Agreement is still being finalized, hopefully to be completed at the Glasgow meeting this year.

That’s the paradox of pledging: it helps to reach agreement or to mobilize a wide range of actors toward environmental goals. But, at the end of the day it’s a non-legally binding promise to be fulfilled in the future. Odysseus needed to be tied to the mast so he wouldn’t stray from his course and be tempted by the sirens’ song. Pledging systems rely on those making the promise today to stay the course, implement those pledges, and put forward more ambitious ones. In the urgency to reach agreement and bring all on board, pledging is a flexible option. But they necessitate mechanisms for transparency and accountability to safeguard the promises, and with them the future of the planet.

Deepening Synergies Between the Post-2020 Global Biodiversity Framework, the Sendai Framework for Disaster Risk Reduction, the 2030 Agenda for Sustainable Development, and the Paris Agreement

Nature-positive synergies between these important agreements are possible through: comprehensive management of risks, breaking down silos, and integrating policies, budgets, and plans at all levels.
Event 17 December 2022

63rd Meeting of the GEF Council

IPCC, IPBES, and IRP leaders gathered at a side event to answer how to address the triple planetary crisis while ensuring resource efficiency and economic wins.
Event 17 November 2022