Achieving consensus in multilateral environmental negotiations is not an easy feat. In the run-up to the UN Climate Change Conference (COP 27), UN Biodiversity Conference (COP 15), and other key sustainable development negotiations during November and December, we asked experts from the Earth Negotiations Bulletin what sets a negotiation up for a successful outcome.

With critical political, economic, and social issues at stake, countries send their delegations to the negotiating table with instructions to advance their domestic interests related to climate action, biodiversity conservation, use, and equitable sharing of benefits, and chemicals and waste management, among other topics. The process through which delegates representing the interests of almost 200 countries strive to bring these interests together in an agreed outcome is part art and part science.

Once the negotiators have arrived at the conference venue with instructions about their country’s red lines and input to their coalition’s positions, sorted out their registration, and scouted out their seat in the plenary hall, the leadership of the conference, preparation of delegates, visibility of the talks, relationships among negotiators, and deadlines take over. While these and other influences will have unique impacts on each negotiation, our thirty years of experience in watching these talks have allowed us to identify trends among these meetings. 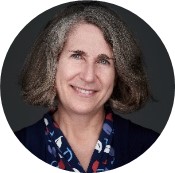 To get an outcome all parties will be ready to implement when they return to their home countries, procedural justice during the negotiation process is essential. This means that parties need to feel they were fairly represented and treated during the talks. Who can forget the long, drawn-out closing plenary at the Copenhagen Climate Change Conference during which many parties noted they were excluded from the group that drafted the document the plenary was being asked to endorse? This also means the talks need to be transparent. Documents, draft proposals, and even meeting schedules need to be available to all. The stocktaking plenaries introduced by the Mexican Presidency of the Cancun Climate Change Conference aim to do just this, by keeping delegations updated on the state of play of the talks. Procedural justice also means outcomes must be entered into voluntarily. With consensus-based outcomes, this seems like a given, but when the objections of three countries were overlooked by a quick gavel to close the Doha Climate Change Conference, climate change negotiators lost several days of their subsequent June subsidiary body meetings as they addressed the complaints of these countries. An additional element that should not be overlooked is the value of humor. At one of the first negotiations I attended, the chiding from a contact group chair that the group was working “At the speed of a snail. Taking a corner. With full brakes applied.” demonstrated the usefulness of laughter in breaking the tension and allowing negotiators to reassess their approach to the talks. 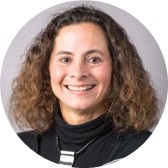 To start off, an experienced chair needs to manage the process and understand the positions of the delegations in the room, understanding where their fears are and where their “real” red lines are, and ensuring their positions are heard and respected. Iterative negotiations with sufficient transparent consultations will help to ensure buy-in from everyone. But on the other hand, too much transparency can slow down the process when delegations negotiate on screens in front of the room. The text can be displayed but amendments should not be added in as they are spoken. Finally, delegates must keep it real. It’s easy to get caught up with wordsmithing and lose sight of the purpose of the negotiations. Bringing in reminders of why the negotiations matter (outside experts, news reports from the outside world, NGOs, and youth) helps. 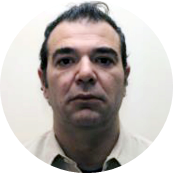 Tsioumanis’ work focuses on biodiversity and has been attending UN environmental negotiations for over 11 years.

To increase chances for a successful outcome, significant intersessional work helps to bridge the gaps on the most important controversial issues, especially among major players. A good understanding and flexibility from the Presidency, Secretariat, and host country of the negotiations that in turn, foster and attract political will and pressure from the public is also key. Then, a negotiating practice that encourages creative solutions on disagreements, potentially including a limited number of civil society interventions, and limiting country interventions that repeat opposing, previously stated, positions goes a long way. 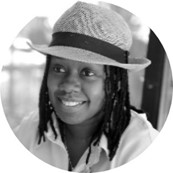 Nyingi’s work focuses on biodiversity, forests, climate change and energy. She has been attending UN environmental negotiations for 15 years.

There is a disparity in how prepared delegations are to tackle the agenda. On one hand, certain delegations have had adequate regional and national consultations on the agenda, while others, typically developing countries, lack national support or are represented by an unequipped delegate. It is also important that the meeting agenda, location, and time is commensurate to the size of delegations. This prevents fatigue and allows smaller delegations to take part extensively. In turn, parties or Members should ensure that their nominations to the bureau or chair etc. have the abilities and adequate knowledge to steer the process and progress in the right direction. I’ll add that, the public should be able to follow the outcomes of environmental negotiations via interactive platforms. This allows delegations and states particularly to be more transparent and to not become barriers to progress. 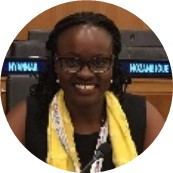 Kantai’s work focuses on plastic including negotiations on a new treaty on plastic pollution, conservation, and sustainable use of marine biodiversity of areas beyond national jurisdiction, chemicals and waste cluster of MEAs, and talks under the International Seabed Authority. She has attended UN environmental negotiations for 10 years.

My key lesson is a clear, but flexible, negotiating mandate. It is easier to negotiate a treaty if the base problem statement is clear. It allows for solutions-based negotiations instead of endless hours fighting over what the mandate requires, covers, includes, or excludes. However, the mandate should also be flexible enough to factor developments that may arise over the course of the negotiating period (which can span decades). This "future-proofing" ensures that the agreement is still relevant for real-world applications once it comes into force. In my opinion, having the right entities at the negotiating table is also important. States are the final decision makers, but they need to be informed by those who will be directly affected by their decisions. A good precedent is being set in the recently launched negotiations on plastic pollution, with stakeholder dialogues, including private sector voices, embedded into the negotiating process. 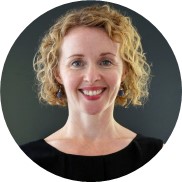 Allan focuses on climate change, chemicals, and wastes, and has attended UN environmental negotiations for 11 years.

It's vital that everyone knows the rules - formal and informal - and the history of the negotiations. Nothing makes a chair crankier than a negotiator wanting to "circle back" to a previous agenda item, or to request changing text that everyone previously agreed. It makes other countries wonder about the countries' motives - are they backtracking or is the negotiator just new. It also helps when all countries accept science. They may have other views on what to do, given what scientists say. But when they are clear that they accept the messages from science, and that their interests are political or economic, it helps set the negotiations on a clear ground. Everyone knows where the conversations lay and can avoid wasting time questioning the conclusions of experts. 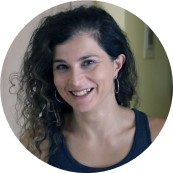 Tsioumani focuses on biodiversity and has attended UN environmental negotiations for 22 years.

I would prioritize trust-building among the negotiating parties, good faith, and political will about making substantive commitments (rather than rhetoric only). Knowledge about the agenda items, availability of training and other capacity-building measures to assist small delegations, and institutional memory, for delegations but particularly the Secretariat are also crucial. When it comes to procedural elements, good chairing always helps, someone who is knowledgeable, can manage time and people, has the ability to keep an overview of all positions and proposals, and is fair and committed enough to propose good compromises.

Jungcurt’s work focuses on indicators and data for SDG monitoring. He has attended UN environmental negotiations for over 19 years. 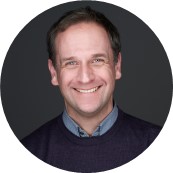 Sometimes, it just comes down to face-to-face time. Especially on complex, technical issues, frequent opportunities for informal exchanges to develop a common understanding are crucial to identify solutions that are acceptable and fit the purpose. This is why negotiations often move into informal settings or behind closed doors during key stages of a process. The smaller groups and relative isolation allow delegates from key countries to be frank and build trust they need to commit to a compromise, especially if interests are far apart. Once they have established common ground, delegates can become quite creative in “making” more time to sort out the last details. Judging by the enthusiastic statements that bleary-eyed delegates make after a new treaty has finally been adopted, as many sticky issues are resolved over dinner or with the help of a few drinks as are determined in the negotiating rooms.